900 Films conceptualized, filmed and edited 2 really fun videos with Tony Hawk and Aaron "Jaws" Homoki for Sony Cameras. The idea was to take these two incredible skaters into a Zero Gravity environment and capture them attempting tricks they could only dream about on ground. The shoot was incredibly difficult because of the small crew allowed, low light and of course...no gravity making it very hard to frame and compose your shots. Luckily we planned to shoot in 4k and output in HD which gave us the extra pixels to recompose in post. Despite the difficulties it was the most fun I've ever had shooting and would do it again in a heartbeat.
- Jared Prindle 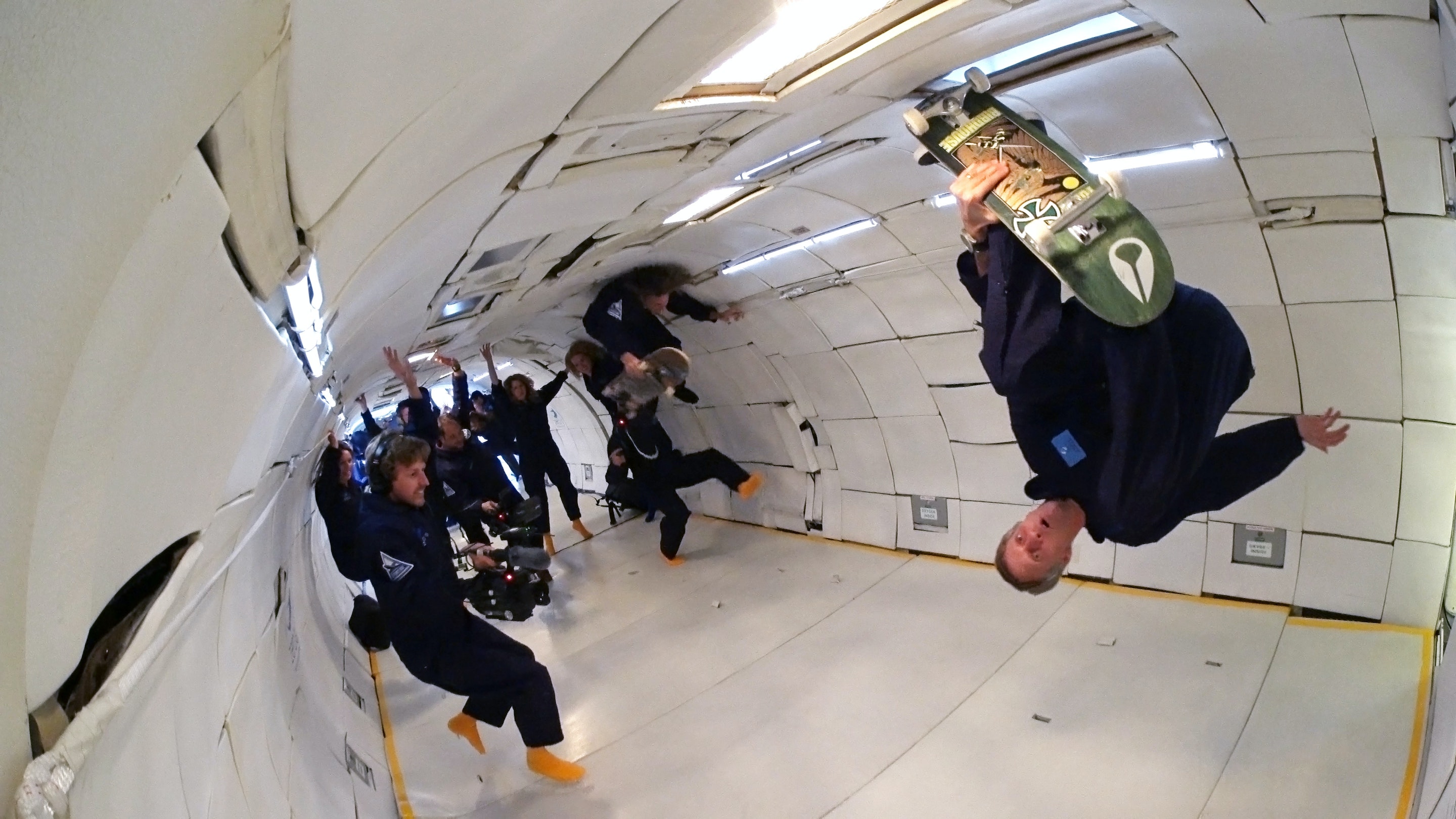